Thecus Technology Corp. today announced their latest 4-bay N4910U PRO NAS series to the market. These versatile and compact 1U Rackmount units have been designed to deliver growing small and medium-sized businesses uncompromising resilience and high multi-thread performance in their storage.

The N4910U PRO series are powered by the Intel Skylake Xeon 3.3GHz Quad Core Server CPU, 8GB of resilient DDR4 ECC RAM, upgradable to 64GB and are compatible with the latest high capacity SATA drives and SSDs on the market. They especially cater for heavy multi-threading applications.

Both models are capable of storing up to 40 TB of networked storage space, and can be upgraded with Dual-Port-10GbE network cards such as the Thecus C10GI540T2, enabling lightening fast transfer rates.

Running the latest ThecusOS 7.0, the N4910U PRO series offers a large suite of capabilities and supports a vast amount of 3rd party solution apps as well as complete Scale Out functionality. With Scale Out, businesses can avoid costly revamps of their data centers by flexibly adding additional NAS devices to expand storage capacity. 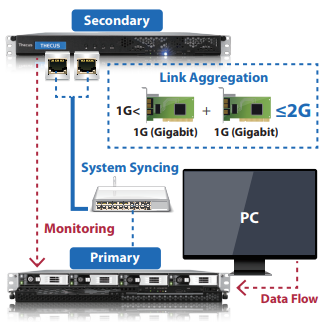 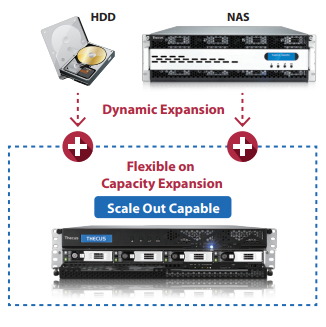 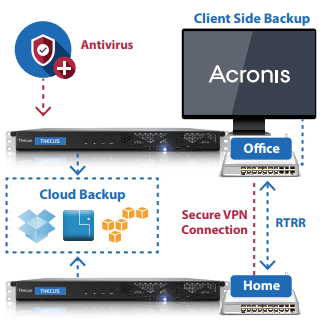 The private and public clouds meet with Thecus’ new DropBox, Amazon S3 and ElephantDrive cloud backup functionality! Guard your data with RAID at home and an additional level of protection in the Cloud. Just drag and drop files into the folder on your NAS and access them on any computer or mobile device with DropBox, Amazon S3 or ElephantDrive.

Make your NAS into the ultimate multimedia hub! The N4910U PRO-S/R HDMI output allows you to connect your NAS directly to your TV for device management.

Thecus brings the best to the table with Acronis’s advanced backup software. Back up all your data with One-click Protection or pick and choose only your most important files. Acronis sports a slick interface, user-friendly design, and comprehensive features to keep your data safe.

When it comes to data management, Thecus NAS truly let you have it your way. Create multiple RAID volumes each supporting different RAID modes including RAID 0, 1, 5, 6, 10 and JBOD for your own balance of performance and data protection. Should a hard drive malfunction occur, changing one is simple thanks to online RAID migration and expansion, hot spare, and auto rebuild.

Support for multiple file systems including , EXT4, Btrfs and XFS, gives Thecus NAS flexibility to handle many different types of environments. Users can simultaneously use different file systems across multiple RAID volumes to get the best of each one.

Get the most out of your storage space with the extreme speed of iSCSI and the efficiency of iSCSI thin provisioning. Connect through iSCSI for the fastest data transfer speeds available and make wasted disk space a thing of the past with thin provisioning's flexible storage functionality.

In the modern world, nothing is as important as reaching your data from anywhere. With T-OnTheGo, you can manage your NAS, and upload to and download/stream from your NAS using an iOS or Android device on the go.

Divide the massive storage of a Thecus NAS among multiple users. Whether there are two users or 100, user quotas make it easy to divvy up and manage disk space. 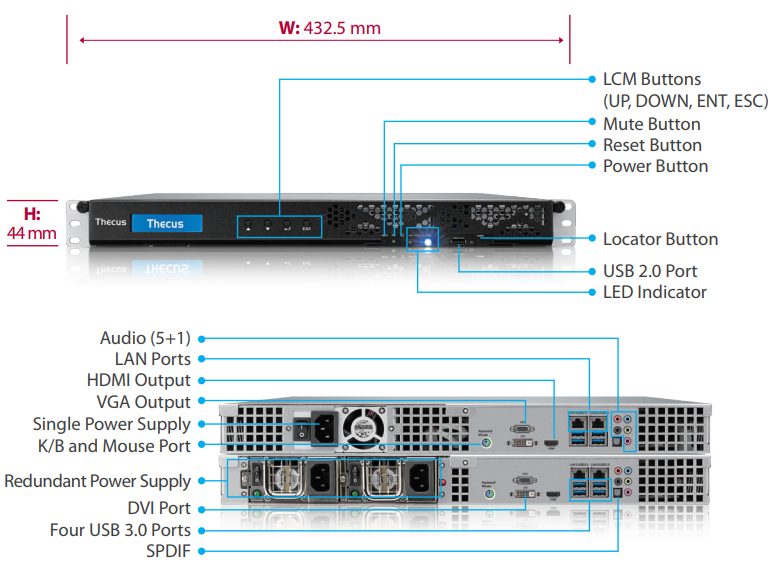 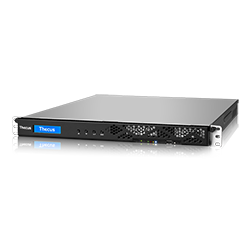 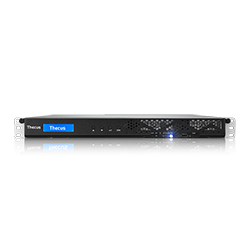 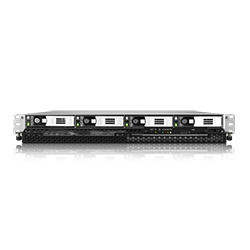 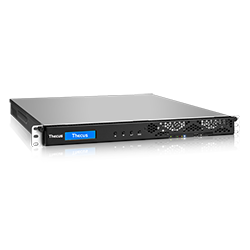 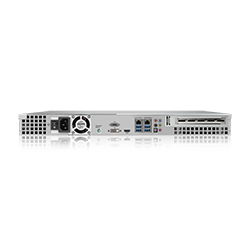 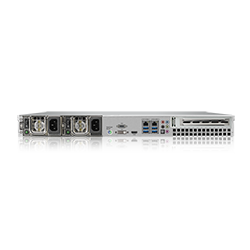